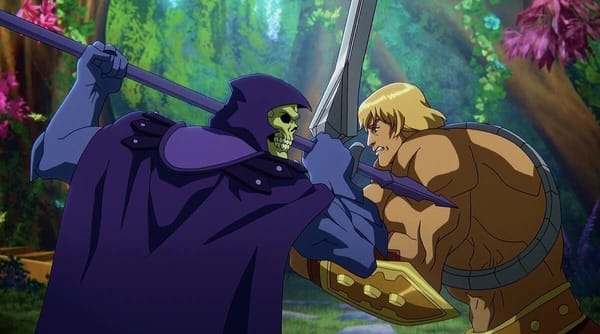 The original was a classic tale of good versus evil. The typical sword and sorcery features like muscular heroes, fascinating adventures of magic and bravery, and captivating, frightening villains attracted to youths growing up in those days.

Skeletor, who is repeatedly thwarted by Prince Adam of Eternia (through his alter-ego He-Man, a superhero who Adam can transform into using a weapon called Sword of Power) and his friends: Battle Cat (the superpowered form of his cowardly pet tiger Cringer), The Sorceress, Teela, Man-At-Arms, and Orko), was both terrifying and relentless.

They are the Guardians of Castle Grayskull, and their mission is to protect the structure from Skeletor, his subordinates Evil-Lyn and Beast-Man, and their army.

Teela, the lone Guardian who isn’t aware of Prince Adam’s true identity, deserts the Royal Guard and becomes a mercenary. She then attempts to locate the missing bits of the Sword of Power in order to save not just Eternia, but the entire cosmos as well.

While the tale is entertaining, with enough twists and character development to keep viewers interested, the series is designed for devoted fans, which this writer is not.

The good news is that even if you are unfamiliar with the original series, the plot makes sense. There’s also a little refresher at the start, and to be honest, the mythos of He-Man and the Masters of the Universe isn’t all that complicated to begin with. It’s enough to take a quick look at its Wikipedia article.

While the series retains some of the same humour and storey themes as the original, it is distinct in its own right. Teela is the main character, which adds to the freshness and uniqueness of the storey.

However, despite evident attempts at reinvention of clichés, individuals who did not watch the 1980s series or do not enjoy sword and sorcery stories may find this series stale and uninteresting.