Even though The Rain is Netflix’s first Danish original series, its idea will be familiar to fans of The Walking Dead. No, there are no zombies in The Rain. However, it is clear within the first ten minutes that it will be another post-apocalyptic thriller about a virus that wipes out humanity, leaving only a few survivors to find out how to scrape their way to safety. 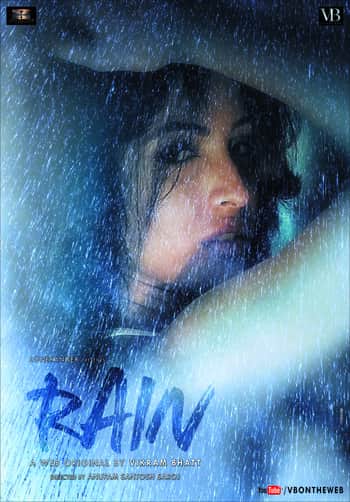 If you’re into that sort of stuff, it’ll catch your attention right immediately and keep it, based on the first three episodes made available to critics. However, if you’re tired of dramas about humanity’s end, you might find it difficult to persevere, especially if you try to watch all eight episodes in one sitting.

The Rain, directed by Danish filmmakers Jannik Tai Mosholt, Christian Potalivo, and Esben Toft Jacobsen, spends no time in creating the atmosphere or introducing us to the main characters.

We’re thrown right into an uncomfortable scene involving something rather mundane: a group of students preparing to take an oral final exam and stressing out since the one who’s giving the presentation, Simone (Alba August) is running late and rushing to make it to class.

Simone’s father (Lars Simonsen) shows up in a panic seconds after she arrives, dragging her away, ominously stating that it’s going to rain and they can’t be there when it starts.

Simone is hurriedly crammed into a car with the rest of her family, and they end up at a secret bunker outside of Denmark owned by her father’s company, Apollon. Mom and Dad are quickly taken from the picture for various reasons, leaving only Simone and Rasmus (Lucas Lynggaard Tnnesen) behind.

They spend six years in the bunker, growing into young adults while surviving on nonperishable food. All we and they know is that the rain brought with it some sort of virus that kills people. We also know via flashbacks that their father designed the virus to heal a younger Rasmus of an undisclosed ailment.

But what’s going on outside, and whether or not there’s any way to get back to the surface world, remains a mystery. Of course, they finally investigate the mystery, which leads them to another tiny group of survivors who aren’t sure if they can trust Simone and Rasmus, and vice versa.

The Rain, whose colour palette is as bright and cheery as Netflix’s Dark, which is to say, not at all bright and cheery, is very efficient in the way it unfolds its plot, only providing viewers with the information they need to understand what’s going on in front of them while withholding key details.

Despite the fact that the series is progressively becoming an ensemble piece, Simone remains the series’ anchor, at least in the early episodes. August skillfully portrays that position, displaying moments of panic but remaining clever and determined to protect her brother and determine whether one of their parents is still alive.

The fact that she resembles another brave but confused young woman who is now enjoying a moment on television — Holly Taylor, who portrays Paige Jennings on The Americans — just adds to Simone’s strength.

Several scenes in the first three episodes are reminiscent of scenes from other recent shows and films with similar themes, including not only the Walking Dead franchise but also Annihilation and 10 Cloverfield Lane. That is, at least based on the first half of this season, my main complaint with The Rain: It had a been there, done that vibe to it, which made it difficult for me to keep watching.

Your mileage may vary on that point, of course. The Rain’s popularity in the post-apocalyptic genre over the last decade implies that many people will become addicted to it right away, and I can see why. If you’re in the right mood to give yourself over to its universe, it’s a well-done show.

I may not have been in the appropriate mood, having recently read a lot about killer romaine lettuce and Bill Gates’ belief that the United States is absolutely unprepared for a real pandemic that may kill 33 million people. But I can’t blame it entirely on The Rain.